„Blood Feud, a Mega Board Game is a highly thematic, team-based, strategic game that plays 4-32 players and is run by 1-2 storytellers who also interact and play in the Mega Board Game. The game is „Round-based” and each round is timed in real-time (such as the First Round being about 10 Minutes). As the game progresses, the rounds decrease in time making the game go faster and become even more thrilling!

As a player, you will play as one of the warring vampire clans such as Ventrue, Tremere, Gangrel, Toreador (and others) or perhaps you’ll choose to become one of the human factions fighting for their own desires, such as City Hall, the Mafia, or the Arcanum, with many more to choose from. Each has their own special powers, and unique background stories to help you get into character and play uniquely. Each faction also has unique goals in how they want to play the game asymmetrically which creates awesome replayability throughout sessions.

There are 4 roles on each team:

1) The Marketplace- is where you could buy and trade; Orders, Advancements, and Ambition Tokens to improve your team’s abilities and power in the game.

2) The Cityscape- is where you’ll strategically place and move your units, player characters, and barricades to slow the enemy.

3) The Orders- are where you’ll secretly play the orders related to the units and players on the board, what they’re actually doing on the board, such as gaining you additional assets by laboring away, or perhaps turning humans into vampires!

4) The Council- is where you will negotiate events (the major events that will affect gameplay) and purchase new Ambition cards and manage the Ambition cards for your faction. Ambitions help you win the game, so you really need to help communicate with your team in that regard.

Additionally, we’ve integrated the story world of Vampire: The Masquerade by adding storyteller scenarios that add an optional narrative approach to the game. Players also will gain disciplines, which give them powerful supernatural abilities unique to their character. Lastly, teams will choose their ambitions, which allow for multiple paths to victory, such as being bloodthirsty, manipulative, greedy, or somewhere in between. There’s also a deep and rich story for each character as well as a narrative that builds throughout the entire game organically.” 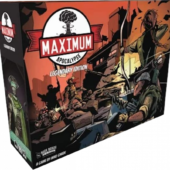 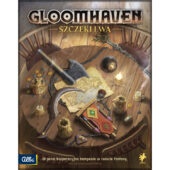